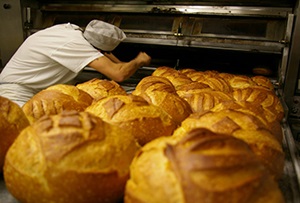 The conditions that apply to the Energy Cost Contribution Scheme (TEK) are being relaxed. A company’s energy costs will have to amount to at least 7% of its turnover, instead of the previous level of 12.5%. The consumption threshold has also been removed. As a result, more SMEs will qualify for the TEK.

The change to the energy-intensity percentage is linked to energy tax. On reflection, the government does not think it is fair to make energy tax a variable rather than a fixed element of the calculation used to determine energy intensity under the TEK.

Another condition of the TEK was that an entrepreneur had to consume more than 5,000 m³ of gas or 50,000 kWh of electricity a year to qualify for the scheme. This condition has also been scrapped.

The TEK is intended only for energy-intensive SMEs. To qualify for the TEK, a company therefore has to meet a number of requirements. An SME must:

Energy-intensive SMEs receive compensation amounting to 50% of the increase in energy costs above a set threshold price, up to a maximum of € 160,000. The threshold price has been set at € 1.19 per m3 of gas and € 0.35 per kWh of electricity.

The TEK will be implemented by the Netherlands Enterprise Agency (RVO). On the RVO website a ‘keep me informed’ page has also been made available, through which SMEs can sign up to receive information about the organisation and launch of the TEK.

Please noteThe TEK may not be launched until the second quarter of 2023. Following discussions in the Tweede Kamer [Lower House], however, it seems very likely that the scheme will be launched on 1 January 2023. It will apply with retroactive effect for the period from November 2022 to the end of December 2023. If entrepreneurs are already experiencing problems now, a deferment of tax payments may be a possible solution. Banks have also shown themselves to be more willing to offer credit in such situations.